Thank you for seeking out Renew Oregon!

Our campaign has sunset as other partners and coalitions continue the work stronger than ever.

More than anything, the Renew Oregon campaign has been about the power of connecting people and organizations together who demand we hand off a better world to the next generation than the one we received. This campaign was founded on big ideas and bold ambitions and it has delivered for the people of Oregon, and beyond.

The founders of Renew Oregon knew it would take more than a few groups or dedicated activists to make the big changes necessary to move our state away from polluting energy to an equitable, clean energy economy. It would take a BIG coalition to overcome fossil fuel industry opposition, climate deniers, and all the fear and misinformation they spread. So they set out to build something bigger than the state had ever seen before.

For more than seven years, Renew Oregon has been the connecting force for businesses and workers, healthcare professionals and parents, farmers and ranchers, faith and community organizations, and individuals coming together, working to create good-paying jobs for all Oregonians, protect air and water from pollution, and help families stay healthy.

The intention has always been that Renew Oregon would be a campaign with a defined list of big goals, not a permanent non-profit. With our major accomplishments achieved, it’s the perfect time to make way for the next big coalitions emerging, with old friends and new allies ready to take on new goals and make bigger changes. There’s still so much to do!

Thanks to an incredible, tireless coalition of partner organizations, activist leaders, and thousands of Oregonians across the state, we accomplished every single goal– and more!

In 2016, the Renew Oregon coalition powered the Clean Electricity and Coal Transition Act through the legislature, banning coal from our electricity by the end of this decade, and doubling the required renewable energy for our largest electric utilities. Oregon became the first state to pass such a law. Then we proudly supported the Oregon Clean Energy Opportunity coalition in 2021 to finish the job and pass the 100% Clean Energy for All Act, putting Oregon on the fastest path in the nation to all clean electricity by 2040. 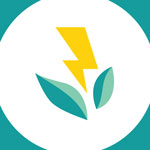 In our first victory, the Clean Fuels Standard was finally fully adopted in 2015, and now is poised to be expanded and strengthened even further in 2022, to be the strongest in the nation! Not only does it give Oregonians more options for cleaner fuels like electricity, but it reduces air pollution from gas and diesel, and improves our health and energy security. 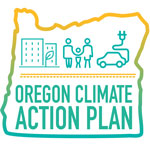 Finally, after a bruising, years-long battle with the fossil fuel industry, polluting corporations, and climate deniers in the legislature to hold the largest climate polluters accountable for what they’re putting into our air and water, this coalition built up the people-powered demand that led to the Oregon Climate Action Plan. OCAP is a sweeping executive order from Governor Brown, requiring Oregon to take on the climate crisis in many ways: from clean energy transition in transportation and buildings, to helping our forests, wetlands, farms, and rivers absorb greenhouse gasses, to protecting workers and children from the harms of the climate crisis. 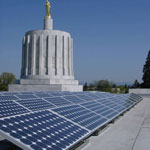 In the more than two years since OCAP was signed, our coalition has worked to make sure our state delivered the strongest, most equitable, effective programs and rules possible in carrying out the executive order. This includes an ambitious Climate Protection Program, requiring oil and gas companies to cut their climate pollution in half by 2035. We helped pass two Clean Truck Rules, to put more electric and zero-emissions trucks, buses, and vans on the road in Oregon. We worked with amazing partners to put in place protections for workers exposed to climate-fueled wildfire smoke and extreme heat on the job.

From rallies of one thousand people strong at the Capitol in Salem to community gatherings all over the state, none of this would have been possible without incredible supporters like you. The people in this movement wrote letters, marched, made calls, donated time and money, talked to neighbors and strangers, gathered signatures, and more to build the power necessary to make huge strides in climate protection and environmental justice.

Renew Oregon winding down won’t leave this movement smaller, because it’s now stronger than ever! More and more Oregonians understand how the climate crisis is impacting their lives, health, and security and how we all have to fight together for solutions that serve many needs at the same time, like improving health, building up communities, and creating good jobs.

There are too many amazing organizations to name who have been part of this coalition over the years and continue to do great work to move our state forward.

Here are the groups who have stepped up as steering committee members over the campaign’s history. Sign up to get updates from all of them on their varied and important missions:

We’re proud to have achieved the list of goals Renew Oregon set out to accomplish. AND we know our state still has a ways to go to secure a healthy climate future and make sure all Oregonians benefit from the clean energy transition, especially those excluded from resources and opportunities like Black, Indigenous, and People of Color in Oregon.

You’ll see us making noise on social media for a while longer, lifting up the new coalitions and old allies alike as the work continues. Look for news there on the next big thing!